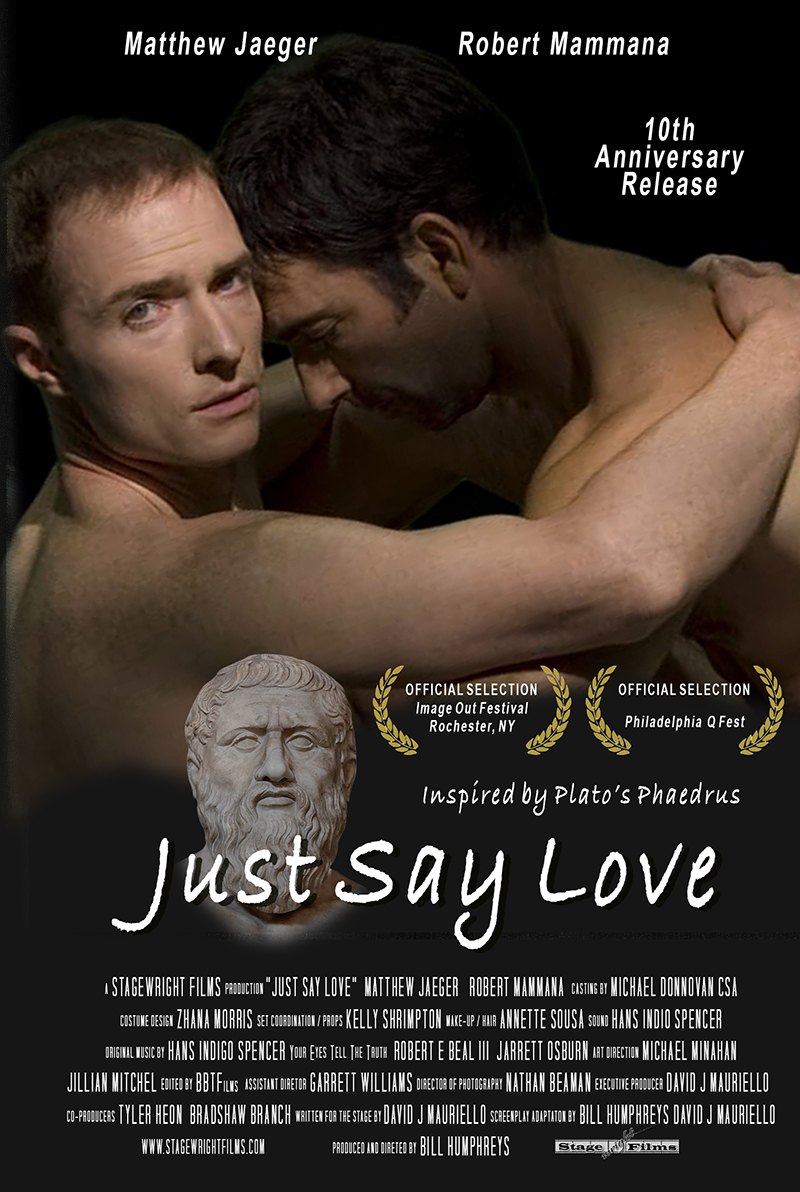 Physical attractions appear to be the obvious explanation for two people to become a pair.  But are they really the reflection of something sublime? Where do relationships start, if not in the heart?

In this male love story, the bliss described by Joseph Campbell and sages throughout the millennia is a practical option for finding happiness.  As the camera delves into the characters’ minds and actions, we find fulfillment on both a physical and spiritual level.

Written for the stage by David J. Mauriello and now brought to the screen by four-time Emmy Award-winning Producer/Director Bill Humphreys, Just Say Love was nominated as best new play by the Independent Reviewers of New England and the Spotlight on the Arts Awards (Portsmouth, NH).