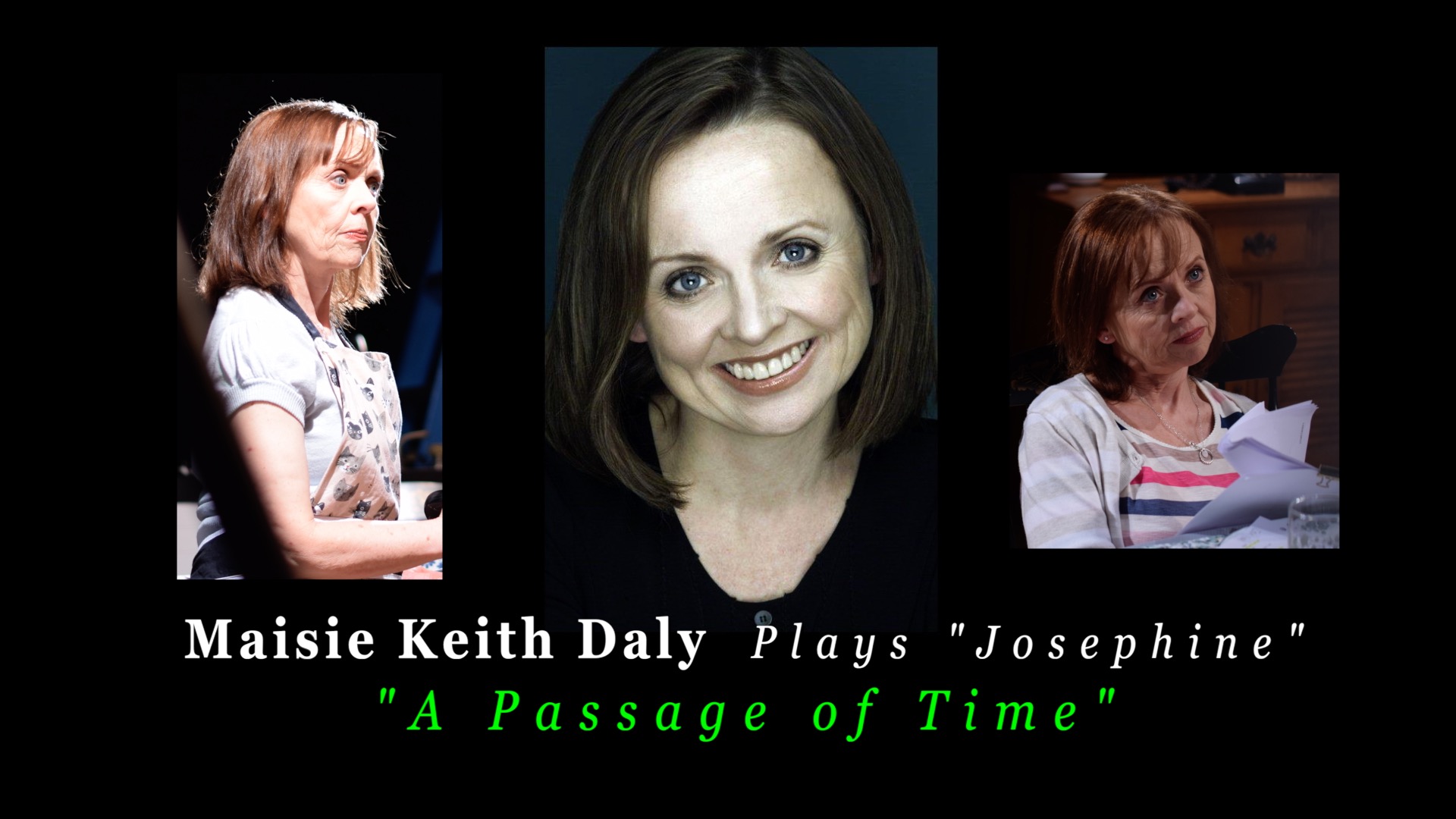 Maisie has played a wide range of roles, from the Judy Holliday-esqe Frances Black in Moss Hart’s Light Up the Sky, to Fool in King Lear, from Dottie in Noises Off! to Mother Metz in Red Noses, a performance for which she won the Spotlight on the Arts award for Best Supporting Actress.

Maisie is grateful to have learned from wonderful teachers and directors, including Morris Carnovsky, Herbert Berghof, Austin Pendleton, Stan Wojewodski, and with A Passage of Time, Bill Humphries. Maisie is proud to be an alumna of the National Theatre Institute at the Eugene O’Neill Center. She holds a B.A. from Vassar College, where she majored in Drama, and an M.A. in Writing from Hollins University.

A published author, Maisie has written short stories, two plays, and is currently working on her second novel. She currently resides in Dover, New Hampshire with her husband and their companion animals. Maisie can be reached at marilynkeithdaly@gmail.com.